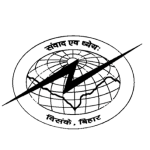 Babasaheb Ambedkar has been misquoted by many…..

Dr. Babasaheb Ambedkar, a great leader and creator of the constitution must be studied with the proper perspective to comprehend his tallness and great wisdom. But unfortunately, many media outlets and political parties have misquoted him to mislead the public on many occasions.

Even though his life had been turbulent since childhood, he had a clear vision for society and the country. We must accept wholeheartedly that there were social inequalities to a large extent, even if the reasons can be attributed to the fake Aryan Invasion Theory, divide and rule policy of Mughals and Britishers. Still, we cannot escape the responsibility of falling prey to these tactics and mistreating our own brothers and sisters. So, Dr. Babasaheb Ambedkar’s fight against inequality was justified.

Social inequality is a curse for any nation; it has socially and economically destroyed India. To unite society with social equanimity, every organization and the political party must follow Dr. Babasaheb Ambedkar’s path. The “Rashtriya Swayamsevak Sangh” is one of the organizations working in this area. Sangh not only believes in social harmony, but we can see it on the ground in the large Sangh family of millions of Swayamsevak.

The RSS has advocated for the education of Dalits and other backward classes to become high temple priests (a position traditionally reserved for Caste Brahmins and denied to lower castes). They argued that the caste system’s social divisiveness is to blame for the lack of adherence to Hindu values and traditions and that reaching out to every caste in this way will solve the problem. The RSS has also condemned upper-caste Hindus for barring Dalits from entering temples, claiming that “Even God will desert the temple where Dalits cannot enter.”

In 1939, Doctor Babasaheb Ambedkar came to Sangh Shiksha’s Varg in the morning and saw all the programs, and in the afternoon, he had lunch with Dr. Hedgewar Ji and other. After that, at the request of Dr. Hedgewar Ji, Babasaheb Ji spoke for an hour about the ‘Dalits and upliftment of Dalits.’ Dr. Ambedkar discussed with the Swayamsevaks and checked that there was no discrimination in the Shakha.

“This is the first time that I am visiting the camp of Sangh volunteers. I am happy to find absolute equality between Savarniyas (Upper Caste) and Harijans (Lower Caste) without anyone being aware of such difference existing.”

“Our history shows that just a handful of Muslims and even fewer Englishmen could rule over us and forcefully convert many of our brethren to their religions. They also created controversies such as ‘Brahmin and non-Brahmin,’ and ‘Savarna and Asprishya.’

There could never be a Berlin Wall between them and us. Only those who are afraid of other people’s contacts and thoughts put up a wall around themselves. The greatness of any system is demonstrated only when it can keep its head held high, even when in contact with others. When a system encloses itself in an impenetrable shell, it merely announces its own inferiority. Therefore, instead of blaming others for our shortcomings, we should look within ourselves to see which of our flaws allowed the foreigners to take advantage of us.

Dr. Hedgewar Ji, the RSS’s founder, had a unique perspective in this regard. Whenever this subject came up, he would say, “We cannot absolve ourselves of responsibility by blaming Muslims and Europeans for our demise. We must look for our own flaws.” We must admit that social inequality amongst us has contributed to our downfall. Fissiparous tendencies such as caste and sub-caste rivalries and untouchability have all been manifestations of social inequality.

This is a delicate and challenging issue for Hindu Sanghatanists because we are incredibly proud of our Dharma and Sanskriti. True, there are many things about which we can be justly proud. The philosophy and values of this land have been lauded by thinkers worldwide as an invaluable contribution to the peace and progress of humanity itself. These life values have stood the test of time in the face of long-drawn-out onslaughts and historical and political upheavals. Therefore, we are all naturally inclined to believe that these eternal life principles should be preserved.

However, even while cherishing this pride, it is clear that it would be a mistake to believe that all that is old is gold, said by Balasaheb Deoras ji.

He further added about the Varna system; Defects are unavoidable in any system. It is well known that communism sought to eliminate all types of inequalities, particularly those between ‘classes.’ However, in his famous book ‘The New Class,’ Milovan Djilas (a top communist leader of Yugoslavia) wrote that a new class had emerged in all communist countries. He had to say this about the communist system less than 50 years after its inception-a system that was ostensibly born to eliminate all classes’. Human nature is like this. In any system, vested interests emerge. The Varna system was not immune to this human weakness, and as a result, it became distorted and collapsed. But no one can claim that the system’s creators had such nefarious intentions when they devised it.

One does not become a Brahmana solely by birth. Great sages such as Rishyashringa, Vishwamitra, and Agastya are outstanding examples of people who became Brahmins despite not being born as Brahmins through penance and virtue, and attainment.

According to the Puranas, Mahidas, the author of Aittareya Brahmana and later a Dwiia, was the son of a Sudra woman. Jabala was initiated into the Brahmin group by his Guru through the Upanayana ceremony, despite having no father. These things were only possible because they recognized the limitations of inherited abilities and made the system flexible. As a result, the system could last for centuries.

Those who destructively criticize and spread hatred against organizations such as the RSS should participate in the “Vanvasi Kalyan Ashram” projects run by RSS Swayamsevaks and the Sangh’s “Samajik Samarasta” Vibhag. It is time to remember and honor the great character and son of the soil, Dr. Babasaheb Ambedkar.

Salute to this incredible visionary.